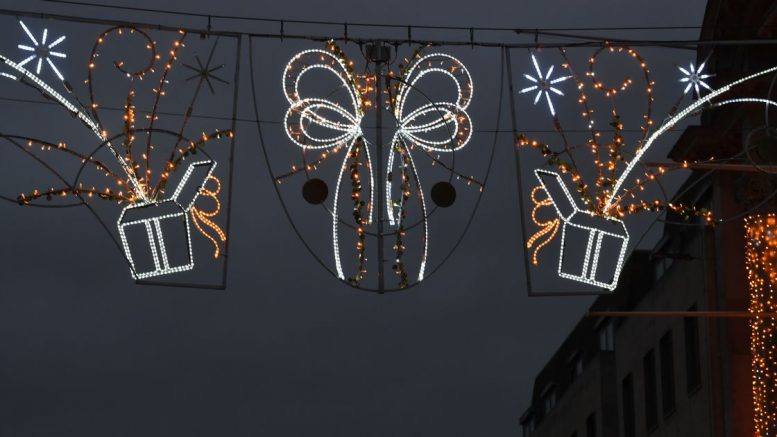 Colchester BID is working with world-renowned creatives Emergency Exit Arts to bring both theatre and art to the event, making it a truly festive experience for all. Schools are invited to take part with the creation of magical lanterns which will be featured in the parade alongside large light floats, professional entertainment, and community groups.

The parade will begin at the Mercury Theatre and on North Hill before heading down the High Street past the Town Hall and the George Hotel. The parade is due to last around two hours, at Firstsite art gallery.

The parade will be the launch event for all Christmas in Colchester events, including the Late Wednesday’s shopping programme, interactive windows, VR magical sleigh rides, the Foodbank Giving Tree campaign and more. Additional entertainment will be provided by Culver Square with Christmas stalls and the opening of the VR Magical Sleigh Ride during throughout the evening of the light parade.

There will also be some spectacular light projections on key landmarks in the city centre, with buildings coming alive and light shows telling magical stories. BID Manager Sam Good says “My team and I are thrilled to be hosting the biggest Christmas in Colchester event to date, which is only fitting in our first year of being a city.

“It’s a very exciting time of year for Colchester with so much going on the light parade, which will switch on the Christmas lights city wide, is such a unique feature of this year and I’m sure it’ll be a magical event to remember. We’re working hard to make it as accessible as possible for everyone.

“With the cost-of-living crisis hanging over everyone’s head this winter, we hope that this free event celebrating Christmas and the Colchester community will bring the city together for a spectacular evening of entertainment, light, and joy.”

The Christmas in Colchester parade and lights switch-on will begin from 4pm on Wednesday, November 16.