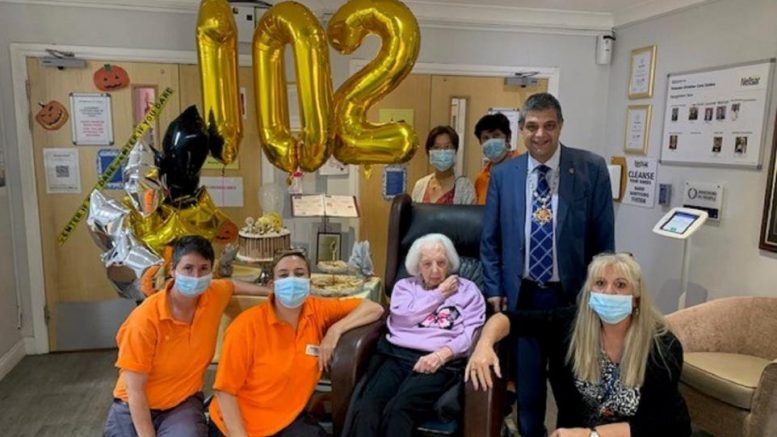 A 102-year-old care home resident was surprised and “couldn’t be happier” to find a host of animals waiting to greet her on her special day, including one seemingly named after a popular British TV character. 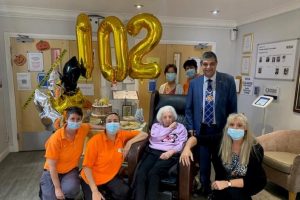 Joyce Tofts jokingly made a birthday wish to her carers on October 27 2020, on her 100th birthday, where she said that she hoped for a pony – and thanks to social media, the wish was fulfilled.

In a bid to outdo themselves this year, staff at Princess Christian Care Centre in Woking, which is part of Nellsar – a family-run group of 13 care homes which operate in Kent, Surrey and Essex – decided to surprise the resident with even more animals. 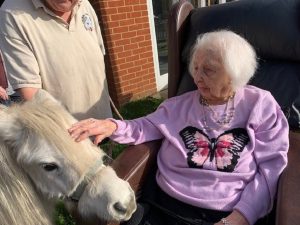 ‘Del Boy’ the donkey, ‘Soy’ the piglet and ‘Emintrude’ the cow were just some of the animals present.

The Mayor of Woking – Councillor Saj Hussain – as well as members of her family, also paid the 102-year-old a visit and fellow residents joined in with festivities by sharing a ‘gigantic’ cake prepared by the home’s head chef, Cosmin Cristea, and holding, petting and taking pictures with the animals. 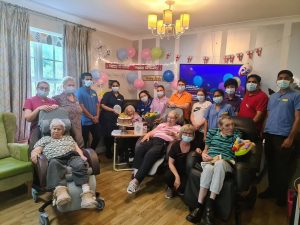 “Princess Christian outdid themselves again! I feel very lucky to have so many people go above and beyond for me and couldn’t be happier with how the day went”, Ms Tofts said.

Ms Tofts also had her hair and makeup done in the home’s salon, and was given presents, cards, balloons and a bouquet of flowers by fellow residents and staff. 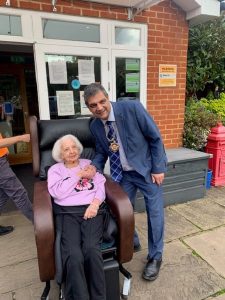 Mario Taherian, general manager at Nellsar’s Princess Christian Care Centre, added: “Joyce is adored by everyone throughout the home, so we wanted to ensure she had a day that befit her admiration amongst her carers and residents.”