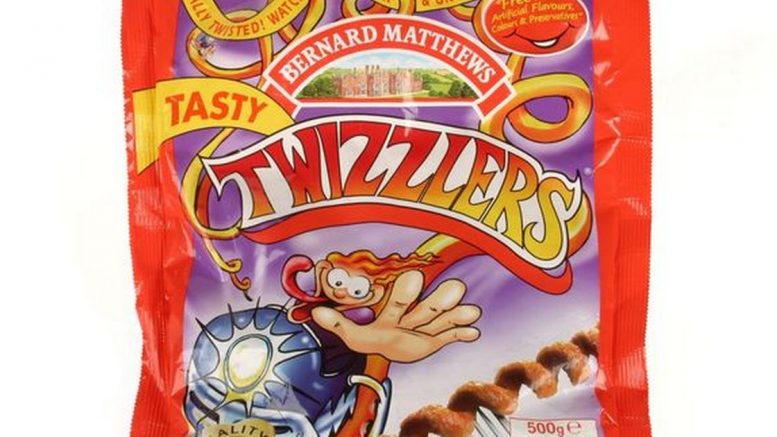 Schoolchildren in 2005 were left heartbroken when the beloved Turkey Twizzler was taken off of their lunch menus.

Jamie Oliver previously campaigned to get the delicious meaty corkscrews off menus as he believed they were too unhealthy and processed.

The nation’s current children have been deprived for years and never been able to get their hands on them ever since. But this could be about to change.

That’s right, the maker of Turkey Twizzlers, Bernard Matthews Food Limited, have been teasing a “comeback of the century” on their social media pages.

In a recent video the company posted, it said: “A long time ago, one moment changed everything.

“But now, with the world in need of joy than ever, the time has come.”

Two days ago they also posted a photo with the caption “forks at the ready” surrounded by two forks which were in spiral shapes – exactly like Turkey Twizzlers.

Many of their followers were quick to comment and express their excitement at the prospect of the Twizzlers returning.

One said: “Just what we need to turn 2020 around… Turkey Twizzlers!”

If you’re looking for a way to stay up to date with the latest breaking news from around Essex, the EssexLive newsletter is a good place to start.

The daily update will deliver the top news and features to your inbox every morning and evening.

We choose the most important stories of the day to include in the newsletter, including crime, court news, long reads, traffic and travel, food and drink articles and more.

Signing up to the newsletter is simple. Just put your email address in the box at the top of this story and click ‘subscribe’.

It’s one of the many ways that you can read the news that matters to you from EssexLive.

One person even said they had tried to make their own: “Oh please be Turkey Twizzlers I’d absolutely love my own kids now to try them.

“I’ve even attempted to make my own but didn’t taste anything like the original ones!”

Bernard Matthews have not official confirmed that they are bringing the Twizzlers back but we’re all very much ready for them to do so – it’s been a long 15 years.

The schools, colleges and universities that have had COVID-19 cases