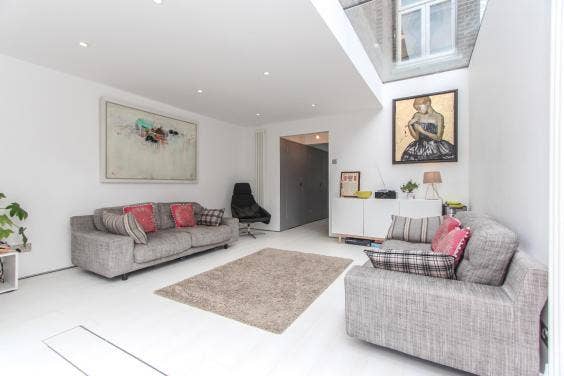 New enquiries to estate agents from home buyers have jumped by 14 per cent across the market in the week since the Chancellor’s summer mini Budget.

But the biggest increase in interest is for homes in the higher price brackets in the home counties, research from Rightmove reveals.

Now that the tax threshold has been raised for eight months, homes costing up to £500,000 are fully exempt until March 31 next year.

Demand for homes in this price bracket has surged 49 per cent in the past week compared to the week before.

By comparison, homes priced up to £300,000, the previous threshold above which first-time buyers started paying the tax, saw interest increase by just one per cent.

“Our analysis shows that this is going to help the mid-market the most, but all parts of a property chain are vital to keep the market moving,” says Rightmove’s Miles Shipside.

“Although low-deposit mortgage options are slowly coming back to the market, first-time buyers who were already exempt from stamp duty up to £300,000 may find that they will be competing with some buy-to-let investors also looking to make the most of the stamp duty savings in this sector of the market.”

The most popular areas for stamp duty savings

The areas which saw the biggest boost from the stamp duty holiday were all towns in the London commuter belt.

“The uplift in enquiries is likely a mixture of people looking in new areas to see what they can now afford, changing their search criteria to bigger, slightly more expensive homes, and new movers coming into the market because they now have enough extra budget to move home,” says Shipside.

While Milton Keynes is always popular with London leavers, King says they’ve increased in number since lockdown lifted, with the emphasis on home movers, rather than first-time buyers who are facing difficulty getting high loan-to-value mortgages.

As a result, the majority of sales are of houses rather than flats.

He expects prices in the town to stay steady and says sales are at similar levels to those seen before lockdown.

“If people are asking for a realistic amount of money we’re not having to negotiate too much. We’ve had a number of very good sellers come out from London with their money ready to go so have completed on a number of sales very quickly,” says King.

Ben King, one of the owners of Dey King and Haria estate agents in Watford, says that while stock levels remained more or less the same, the number of enquiries they received in branch doubled in the week after the stamp duty announcement.

“Since lockdown we’ve been busy anyway with a lot of people moving out of London looking for better value for money, bigger homes and outside space,” he says.

All but one of his sales agreed since May have either been for houses, or for flats with garden access, while one- and two-bedroom flats with no outside space are struggling to sell.

The bulk of King’s London leaver market is usually made up of buyers moving slightly further out from nearby Harrow and outer north-west London. But in recent weeks, he says, buyers have come from all over the capital, including Lewisham and Battersea.

Combined with the stamp duty boost, this surge of London buyers is keeping values buoyant, with post-lockdown sales achieving 99.1 per cent of the asking price.

But, King says, there are plenty of properties coming to the market, with many older homeowners deciding now is the time to sell up and move to more remote coastal and rural locations.

“We expect a bit of a rush from now until March 31,” says Shaun Candler, director of McCartney’s estate agents in Chelmsford, where the average house price is £384,000.

“Since lockdown activity has increased and in the days since the stamp duty news, we’ve had a lot more sales agreed.

“We had a lot of low offers from buyers that vendors weren’t prepared to accept. For example one buyer offered £565,000 on a property asking £600,000. When the stamp duty holiday was announced, they upped their offer to £580,000 and had it accepted.”

Candler says he’s seen a lot more buyers moving out of London since lockdown, often from flats in areas such as Islington to houses in Chelmsford for a similar amount of money.

Many buyers are expecting to be working from home indefinitely and so are looking for larger homes than they could afford in London, with gardens.