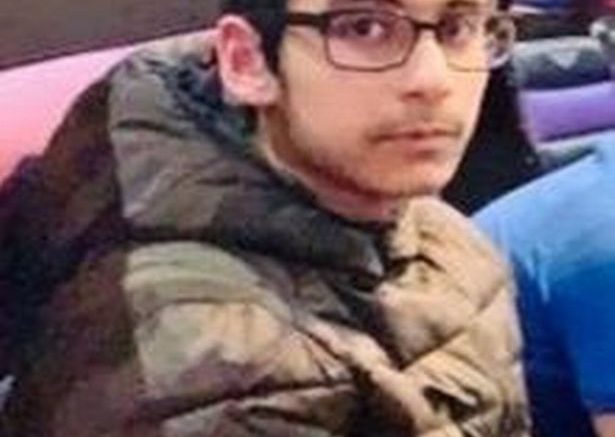 A boy who died after being hit by a train told a teacher he planned to take his own life, an inquest has heard.

Zain Pervez stepped in front of a train at Newbury Park station on June 12 this year at roughly 2pm.

The 15-year-old had suffered with suicidal thoughts for around a year before his death, the Mirror reports.

It was claimed Zain, from Ilford, may have been being bullied, but a school investigation and an examination of his messages by British Transport Police did not find any evidence of this.

He was referred to mental health services three months before his death after telling a teacher at Oaks Park High School he was having suicidal thoughts.

He told them he planned to take his own life on the way to school.

The year 10 student had told a psychologist he preferred playing Fortnite on his Xbox with online friends than face-to-face contact – but a coroner denied the game played a part in his death.

Deputy headteacher Emily Degrove said Zain told his head of year he had Googled how to come to suicide in a “harmless fashion” and watched a Youtube video about one method.

He also admitted that he had tried to take his own life at his family home during the Christmas holidays.

Paying tribute to their son in the summer, Tarik and Syeda Pervez said in a statement: “Zain was strong, steadfast and assured.

“He helped us out with household chores and always showed willingness to make us proud.

“Zain was a teenager growing into a young man, a young man with so much enthusiasm and so many plans for the future.

“Zain was and will always be adored by his family and we are so saddened by this news.

“To lose our son is heartbreaking. It has come as such a shock to us all and Zain will be dearly missed.”

Zain was referred to Children and Adolescent Mental Health Services as high risk on March 2.

After the school was shut during the coronavirus lockdown a school counsellor emailed him daily.

A psychologist for the London Borough of Redbridge Mental Health Services assessed Zain over the telephone on April 2, but deemed his risk level to be low.

Giving evidence, Dr Romena Toki said: “At the time of my assessment he simply reported that he had no current intention or plans to end his life.

“He discussed the overdose that he had in December 2019, he said that this was triggered by a fight with a cousin.

She told the court Zain said he preferred to speak to people online and “often feels anxious and worries about what people think”.

It was also said Zain had made friends with an “American girl” over the internet who also suffered from suicidal thoughts and would “stay up until 3am waiting for messages from her”.

He declined therapy and was discharged from mental health services but due to an administrative error, Oaks Park was not sent a letter informing them.

This has now been addressed within the service and a new policy means schools will be invited to make representations before a child is discharged, it was said.

High-risk cases will also now be offered a face to face appointment within five days, rather than three weeks, as a result of Zain’s death.

Dr Toki said: “Going forward if there are these types of cases on referrals and I meet with young people, I will try my best to stay in touch and contact external agencies to make sure plans are in place to keep young people safe.

“I think that’s one of the biggest learnings I will be taking from this case.”

A social worker also visited Zain on June 5 and did not have any concerns about Zain’s mental state.

The inquest heard the day before his death, Oaks Park had invited Zain to come back into school the following week as there were concerns he was not completing all his work from home.

He had told a social worker he was “enjoying” being at home and not going to school.

Zain left the house on June 12 without telling his parents and sent a message to a friend from the train platform reading: “I think I have finally got the courage to kill myself.”

In her conclusions, Coroner Nadia Persaud said it was not possible to say Zain’s death could have been prevented if the school received a letter about his discharge.

She said: “Having heard the evidence from the school I think they did a lot to try to keep him safe.

“Zain reported he no longer had suicidal ideation, his mum reported that she felt that he was better.

“He agreed to seek help if his mental state deteriorated and so on that basis he was discharged from the service.

“The game [Fortnite] seemed to be something that actually made him feel better.

“The conclusion I will record is of suicide.

“I can’t imagine the distress you have suffered for the loss of such a young child. Clearly you loved Zain and from his messages he knew that from within his heart.”

The Samaritans is available 24/7 if you need to talk. You can contact them for free by calling 116 123, email jo@samaritans.org or head to the website to find your nearest branch. You matter.

Live updates as crashes on A12 grind Chelmsford to a halt