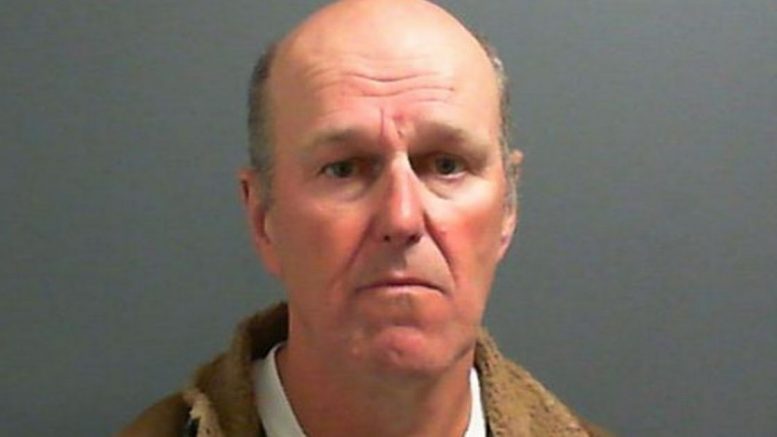 An Essex teacher has been jailed for indecently assaulting four children over a six-year-period.

Gabriel Uttley, 62, was a former design and technology teacher at Beauchamps High School in Wickford.

His disgusting crimes came to light in January 2017 when police were contacted with details.

Police discovered Uttley had assaulted three boys and one girl in the Wickford and Rawreth area over the space of six years.

He was convicted of seven offences of indecent assault towards the three boys and one girl in Basildon Crown Court yesterday after a week-long trial.

The retired teacher, of Lundy Close, York, was jailed for four years.

He was also made subject of a sexual harm prevention order and placed on the Sex Offenders Register, both for life.

Investigating officer DC Ian Burgess, said: “I want to thank the victims in this case for their strength in coming forward and supporting our investigation throughout.

“It has been really difficult for them having to talk about what happened to them and to give evidence in court, and I hope this sentence reassures them that Uttley has finally been brought to justice.

“I’d also like to thank the witness service volunteers at court, who give up their spare time to support victims and witnesses.

“I’d urge anyone who has been affected by this case or has been sexually abused to please report it, no matter how long ago it took place. We will take your report seriously, investigate and help ensure you receive the right support.”

Matt Harper, current headteacher of the school sent a letter to parents regarding the court case.

He said: “I am writing to inform you that a former member of our teaching staff, Mr Gabriel Uttley (who left the school’s employment in 2005) has been in court this week to face allegations under the Sexual Offences Act 2003 that date back to the time when Mr Uttley was an employee of Beauchamps High School, and has today been found guilty of these charges.

“I wish to assure you that the school has been following the appropriate procedures and has been co-operating fully with Essex Police and the Local Authority throughout the investigation.

“I would like to reassure parents that the safety and wellbeing of our students is of paramount importance to us and we take our safeguarding responsibilities extremely seriously.

“Although the allegations are historical in nature, I am aware that the contents of this letter may shock and distress you and your family.”

If you have been sexually abused, you can report it to the police online  or call 101.

Information can also be given to independent charity  Crimestoppers  100% anonymously. Anyone who would like support but does not wish to speak to police can find a list of organisations  here.

The historic Essex ‘jewel’ that could be ‘left to ruin’

The hidden truth behind Essex’s most notorious highwayman