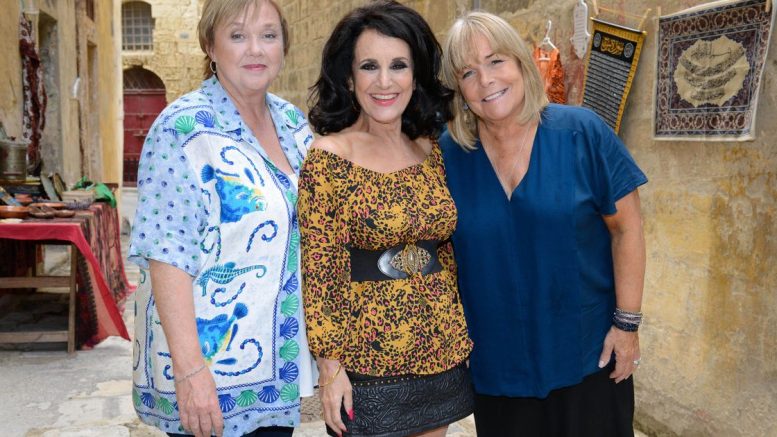 Much-loved sitcom Birds of a Feather is returning to our screens this Christmas – but with one vital character missing.

But it’s latest small screen outing will be without Pauline Quirke.

The star, who shot to fame as Sharon in the classic sitcom, is stepping back from acting to focus on her performing arts academies, ITV said.

ITV’s director of television, Kevin Lygo, was later quoted as saying it had come to a “natural end”.

But it will now be back for the first time in three years for a one-off extended Christmas episode.

Quirke’s character has escaped to the other side of the world and is stuck on a Covid-cruise, the broadcaster said.

At “the end of a 2020 no-one could have predicted, we catch up with the inhabitants of our favourite Essex address … and find big changes in all their lives”.

Linda Robson and Lesley Joseph will return as Tracey and Dorien, with guest star Les Dennis as Dorien’s new flame.

Joseph said: “I’m so excited to be putting Dorien’s high heels back on for a Christmas special of Birds.

“It’s been three years since viewers last saw us and Dorien’s only gone and got herself a new man!

“We all need a laugh right now and I promise this special will deliver the festive goods.”

Robson said: “I’m so happy we have a new Birds adventure.

“Trace and Dor have been at loggerheads with each other for months. Will it be a peaceful Christmas in Essex?!

“The script for this special is brilliant – I promise we’ll have lots of laughs for fans of the show.”

The show’s creators, Laurence Marks and Maurice Gran, who are back on writing duty for its return, said: “We’re really excited to help bring Birds Of A Feather back to ITV’s screens to give the nation some seasonal cheer in these peculiar times.”