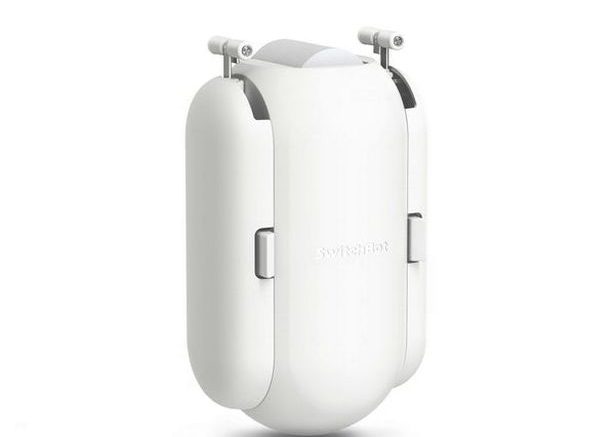 Have you ever opened your curtains in the morning and thought: “There must be an easier way to do this”?

No, me neither, but I’m a sucker for home automation, so I was itching to test a fabulous gadget called a Switchbot that professes to take away this tiresome task.

Switchbot set out as a popular kick-starter project with a focus on turning a home into a smart home without having to replace all the hardware you already own. One of its key products is a little device that can flick switches and push buttons, and I’ve yet to have a play with one of those, but I felt drawn, if you’ll excuse the expression, to their curtain device.

It’s basically a motorised “bot” that attaches to a variety of different curtain rails and uses a motor to propel the drapes along the rail, saving you having to do it yourself.

I have to admit, I was sceptical over how well it would work. I imagined the bots would be a nightmare to fit, and I’d have all sorts of teething problems.

But within a few minutes of getting them out of the box, I’d set each bot up and clipped it to my U-rail. And they work brilliantly.

The process of attaching them takes no time at all, it’s just a clip-on system. Linking it to my phone took a few attempts, but it worked quickly, and then setting up the module and smart speaker was a fairly quick process too.

There’s a bit more work to do in “calibrating” the bots, to tell them how far to run to close the curtains properly, and telling them when to stop as they pull them open, but the app is great, and makes it all very simple.

The nice people at Switchbot also sent me some solar panels to hook up to the bots, which keep the batteries topped up. These can either clip onto the bots themselves or, if the window is too far below the curtains, they can be stuck onto the curtain.

Sticky tape and velcro, it turns out, isn’t the best way to do this. And that’s the only option you have. I’ve yet to engineer a better solution, but I’m working on it.

The app, incidentally, will let you create schedules. So, for example, you can time your curtains to open when your alarm is due to go off. Use this option with caution though, in case your wife decides to get up early for a run and the bots inadvertently almost reveal all to the neighbours while she’s changing into her sportswear.

This scheduling option does add a useful security aspect though. Automated curtains make it look like your house is inhabited while you’re on holiday, so I shall set up a routine when we next go away.

Switchbot also offers accessories that will link up to the curtain bots, allowing you to set them to open (or close) when your house reaches a certain temperature, or when it detects motion. And you can set up scenarios on the IFFT app, if you’re boring enough to know what that is.

The bots themselves do have a sunlight sensor, so you could plausibly set them to open when there’s enough light, or to close when the sun sets, but I’ve found just using them manually, either through the remote or the smart speaker is ideal.

Downsides? I do find I occasionally have to recalibrate the bots, as one of them keeps forgetting where to close. But it’s not happening all that often.

They’re also a bit noisy. Initially, they scared one of my dogs, but she’s quickly got used to them.

They cost around £125 for a pair, or around £65 for one, which is a fair bit of money, but do bear in mind it’s a lot cheaper than installing a new smart curtain rail.

And that’s the whole point of Switchbot. I haven’t needed to do anything to my curtains at all to fit these marvellous little gadgets. I just clipped them on and away I went.

The app is brilliant, the customer support is superb, and barring a few teething problems they work much, much better than I expected to.

Sure, they might only save you a few seconds, but having your curtains slowly glide open while you crack on with making your bed is, honestly, a joy. What a great little device.

The new restaurants and takeaways that opened in Chelmsford, Southend, Braintree and more in 2022

Be the first to comment on "‘Alexa, open the curtains’ – why I love this simple home automation gadget"